After touring the wonderfully entertaining city of Amsterdam we made our way to Germany’s capital city, Berlin. The city is best known for their rich culture, endless amounts of beer, sauerkraut, pretzels, and (tone change) a deep dark history.

When you first enter the city you immediately witness the reminisce of the Berlin Wall. The walls are mostly torn or have graffiti to cover every inch but some of the wall still stands and is one of the most powerful symbols of the Cold War. Everywhere you look in the Berlin you witness a piece of history. Look up and you’ll see dim, eerie government buildings Hitler once ruled. Look down at the ground and see tiles representing tunnels that once connected East to West. I’ve only ever learned about the Cold War and World War II in history classes and to see it all in person is a powerful experience.

During our walking tour of Berlin we stopped at The Memorial to the Murdered Jews of Europe. This memorial honours the 6,000,000 Jewish victims of the Holocaust. The Field of Stelae designed by Peter Eisenman consists of concrete rectangles that vary in size. As you walk through the narrow aisles the rectangles get taller and taller. Peter never spoke about the meaning of the memorial, it is up for your interpretation.

After our sobering walking tour we had free time to roam around the city. Obviously, we went straight to a Christmas market. There was an ice rink in the middle of all the festivities and my friend Josh mentioned he’s never been ice skating before. As a Canadian, I felt like it was my obligation to get his Australian butt onto the rink. He did pretty good for a rookie. 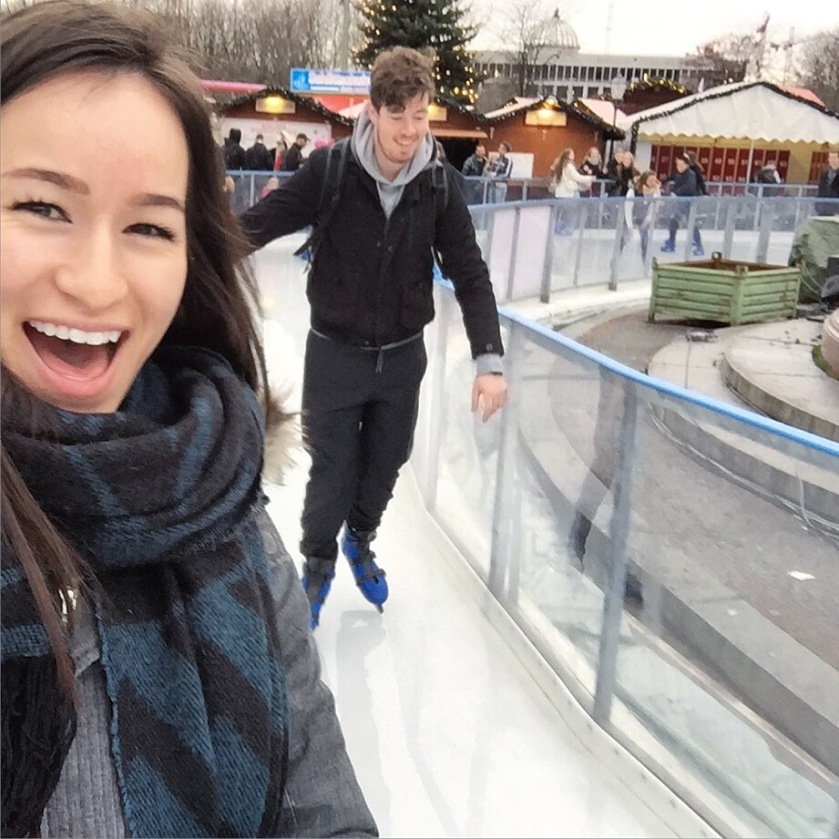 After Berlin we went to Dresden, Germany where 62% of the city is covered by forest and greenery making it one of the greenest cities in Europe. However, the area where we explored was 100% Christmas magic. 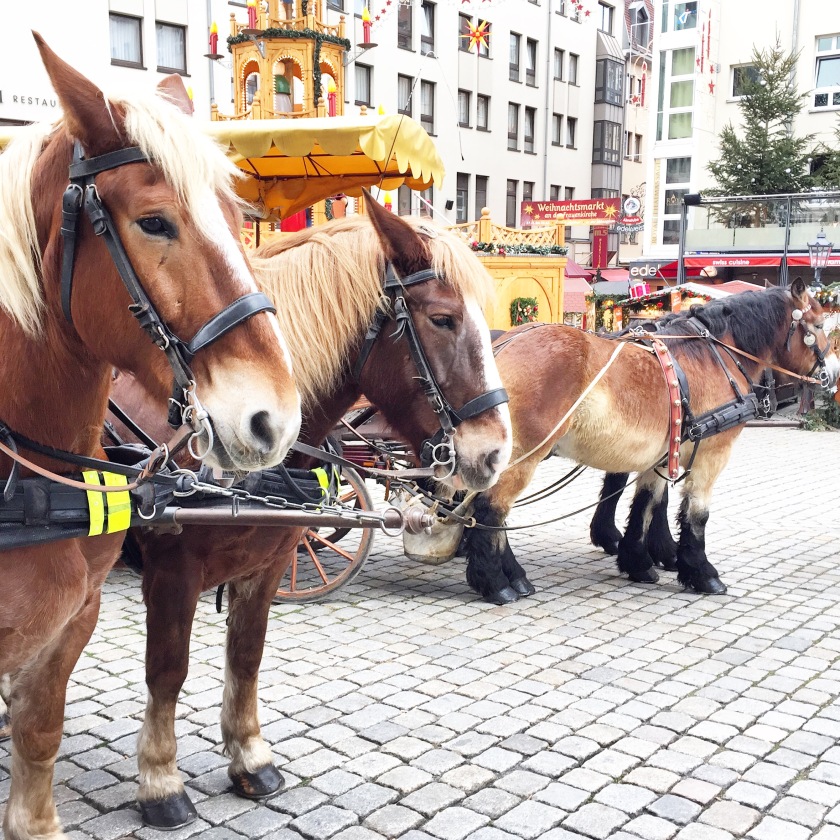 I made new friends, such as the horses pictured above and chowed down on some market food, such as the potato stick.. thing, pictured below. Honestly, Christmas markets should just be a thing all year ’round.

I didn’t capture too many pictures in Berlin but I did edit a coolio vlog! Everything from our walking tour, eating sauerkraut, ice skating, finding pretzels in weird places, and Christmas markets galore.