The Hate U Give by Angie Thomas follows Starr, a teenage girl who witnesses a fatal shooting of her best friend, Khalil, by a police officer. The title actually derives from the rapper Tupac’s philosophy of THUG LIFE (The Hate U Give Little Infants Fucks Everybody). True. Very, very true.

From the moment I opened the cover I breeeeeeeezed through this novel. I couldn’t put it down!

I admired the mention of African-American history and culture. Some references I knew such as the acknowledgement of  Emmett Till, a 14-year-old African American from Chicago who was murdered for flirting with a white woman. But there were others I had to Google search (my history teachers would be so disappointed..) such as the Ten-Point Program, which was a set of guidelines written by The Panther Party, and Nat Turner, an African American who led the most effective slave rebellion in America.

These references were essential to the novel because it gave Starr’s character (and myself) further of understanding of race and police brutality in America.

What I loved most, however, was the resilience of Starr’s character. She was loving, complex, and an inspiration for those who are looking to find their voice. What makes her so relatable was that she was not totally fearless. There were moments when she didn’t speak up or lacked faith in herself. I think we’ve all been there, right? Having self-doubt and giving in to moments of weakness. It’s hard to rise up to an occasion when you’re scared out of your wits, especially when you’re in Starr’s shoes and the whole world is watching.

I highly recommend this politically relevant read to not only young adults, but anyone who wants a good fucking story about uplifting diversity and eliminating stereotypes. If you want to wait until the movie, it will be coming out next year, that works too. 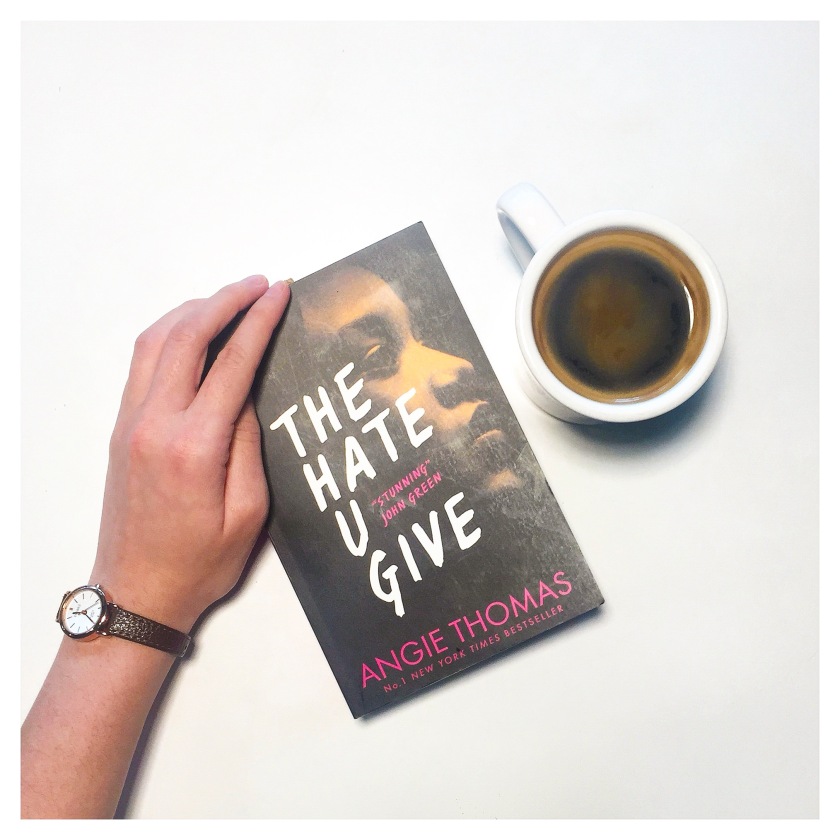 Here are a few quotes I loved:

“This will sound mean, but just because Khalil’s not living doesn’t mean you stop living.”

“Sometimes you can do everything right and things will still go wrong. The key is to never stop doing right.”

“I feel like shit right now. I can’t believe I let Hailey say that. Or has she always joked like that? Did I always laugh because I thought I had to? That’s the problem. We let people say stuff, and they say it so much that it becomes okay to them and normal for us. What’s the point of having a voice if you’re gonna be silent in those moments you shouldn’t be?”

“Brave doesn’t mean you’re not scared, Starr. It means you go on even though you’re scared.”