Korean food and I have had a rocky relationship. I don’t like eggs, I only eat kimchi because it’s in front of me, rice cakes make me gag, sugar on top of potatoes is weird, and anything with the words blood, intestine, or gizzard I tap out.

What’s left for me to eat in Korea? Not too much.

I do enjoy select Korean dishes so if there are any of you who are like me (picky AF, apparently) there is hope!!! When I go to any Korean restaurant, in front of me will be one of the seven dishes listed below.

This is my all-time favourite Korean dish. I don’t looove kimchi but mixed with fried rice (bokkeumbap) the taste of kimchi is subtle and delicious. I first had this while spending a summer in NYC and became addicted, I legit had it every day. I prefer kimchi bokkeumbap with pork, no egg and MELTED CHEESE ON TOP! The cheese is key! You gotta eat this dish with a spoon because it tastes different with a fork, kind of like how chocolate milk tastes different when you drink it through a straw.. am I the only one who thinks this?

Gimbap is sold everywhere in Korea – convenience stores, on the street, restaurants, etc. It’s my go-to if I need a quick bite on the run. The ingredients are similar to sushi (rice, seaweed, fish) but what makes it different is that gimbap is also stuffed with egg, which I take out or leave in depending how lazy I feel, and vegetables such as mushrooms, carrots, spinach, and radish.

There’s a restaurant near my house that serves mango gimbap and it’s sooo good!

This noodle and black bean dish is typically eaten on Black Day, also known as single awareness day in Korea (LOL!). Valentine’s Day is February 14 (women buy men gifts), White Day is March 14 (men buy women gifts), and Black Day is April 14. If you did not receive gifts for Valentine’s Day or White Day you’re sad, single, lonely and should wear all black and wallow into black noodles. Honestly, sounds like a typical day for me.

In all seriousness this dish is delicious and contains diced pork and vegetables covered in a salty black soybean sauce. 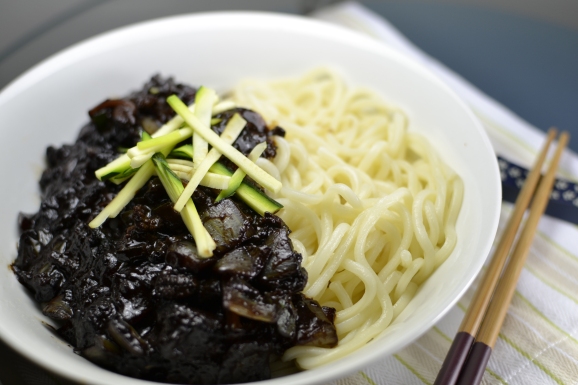 Not the pre-packaged kind, I’m talking about freshly made ramyeon. This dish has to have a kick, the spicier the better. I want tears and snot to run down my face as I eat it (you’re welcome for that mental image). 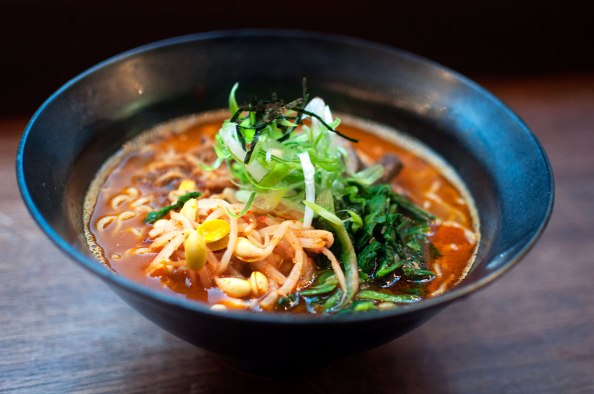 The classic dish of rice and vegetables is served in  a stone bowl (dolsot), which makes the rice nice and crunchy at the bottom. Did you know that bibimbap was traditionally eaten at the end of the lunar new year since families wanted to get rid of leftover food before the new year began? Now you know! It’s also commonly served as airplane food when you’re on a Korean airline, which I enjoy. 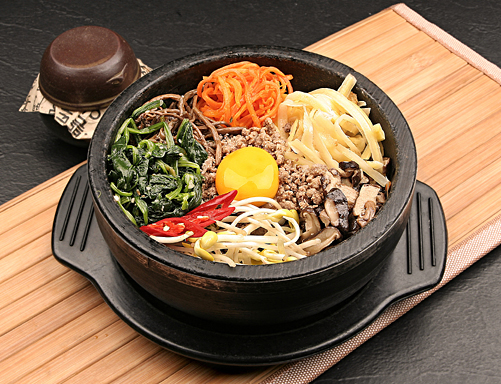 This Korean pancake is typically served as street food, or at my school for lunch. I prefer the green onion pajeon which I dip in a spicy soy sauce. You can also get kimchi or seafood pajeon but, the green onion one is the best. 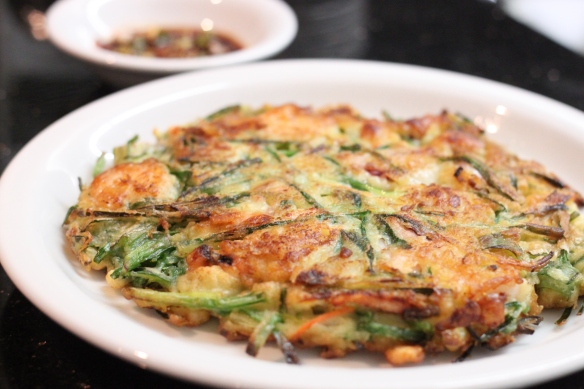 I suppose this pork cutlet dish can be compared to a schnitzel, but if you say schnitzel in Korea no one is going to know WTF you’re talking about. Donkas is breaded and fried pork served with rice and a gravy sauce. It’s a simple, yummy dish (well duh it’s yummy, fried food is always tasty) and commonly cut into strips so it’s easier to eat with chopsticks.

What Korean dishes do you love? I’d love to hear from you! Let me know in the comments below, or tweet me @Jessica_Moy.

What peaks your interest?

Have a look back

Hi! My name is Jessica! 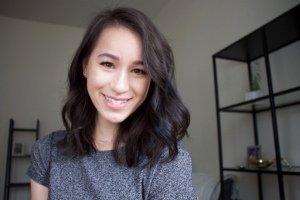 On this blog you’ll find:

Less Than I Do - The Band CAMINO