“My house in Budapest, my hidden treasure chest, golden grand piano, my beautiful Castillo you oooooh, you, oooooh, I’d leave it all.” Love me some George Ezra.

The drive from Krakow, Poland to Budapest, Hungary was a long one, around six hours with a stop in Slovakia for lunch. Eastern Europe is known for their slow service so if you sit down at any restaurant, expect to wait at least an hour for your food. I learned this the hard way.

When we finally arrived in Budapest it was evening time and the city was aglow. Our first sight was of Budapest Parliament, twinkling in all its glory.

The next morning I slept in, took my time to walk around the city, and SOMEHOW ended up finding a Cat Cafe. I obviously had to go in and pet all of the cute kitties. The one featured below is likely plotting my death since I stuck my camera in its face and took 100 selfies.

I then walked to Heroes’ Square where I had a fantastic view of an enormous ice rink and all the pretty architecture. The park behind Heroes’ Square was also beautiful and featured a mini zoo, plenty of gardens, markets and hot springs. I can only imagine would be wonderful it would be to walk through park during the summer and fall months. 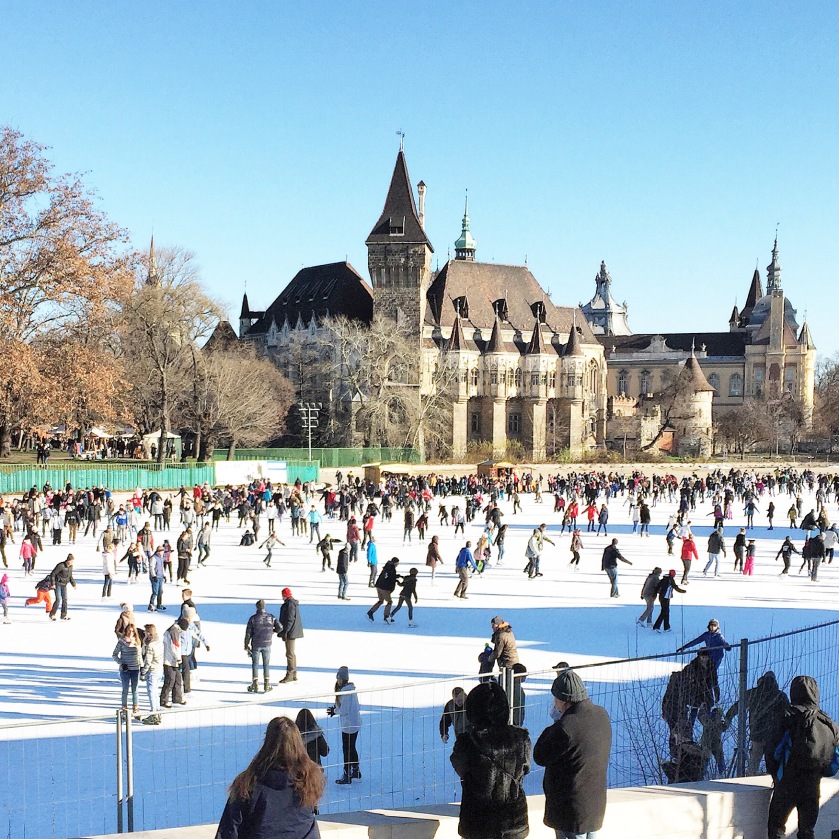 I started to get a bad cough in Budapest so I didn’t explore much further than Heroes’ Square since the weather dropped down to freezing and all I wanted to do was cuddle up in a blanket and sleep off my illness. Although, despite my cough, I did go on a beer bike because beer cures coughs, right? No.. no it does not but, WHEN IN BUDAPEST!!

You can see that little excursion in my vlog below. Cheers!